Matthew Horace was a high performing D-1 student athlete at Delaware State University, one of the nation’s historically black universities. On the field he learned about winning, losing, adversity, hurdles, challenges and setbacks. He also learned about Courage.

While on summer break in Philadelphia in 1982 he was viciously attacked by a Philadelphia Police Officer and his German shepherd, “MACHO” left on a hot street corner bleeding, his athletic career and life in jeopardy. What he learned after the attack would change his perspective on himself and the way he viewed police forever.

Despite the racial trauma, fear and the validation of his vulnerability as a young black man, he chose to enter the law enforcement profession an effort to create the world that he wanted to see.

As he rose through the ranks of local, state and federal law enforcement, he saw daily examples of racism, implicit bias and discrimination that disparately impacted the communities where he most identified and had the courage to call it out.

In 2018 he released The Black And The Blue, A COP Reveals The Crimes, Racism and Injustice In America’s Law Enforcement shedding light on his own experiences and the experiences of others behind the “blue line” and why we all must choose, “Courage Over Avoidance”.

Two Years later George Floyd was killed by a Minneapolis Police Officer some 80 miles north of Horace’s home creating a spark for some of the nation’s most significant social justice reckoning in decades.

Dynamic and emotional speeches he takes audiences on a journey of emotional discovery as he challenges us all to choose courage, challenge our perceptions, experiences and will to change the world through understanding, empathy and compassion.

He also challenges us all to take the hard path of courage instead of the easy path of avoidance. 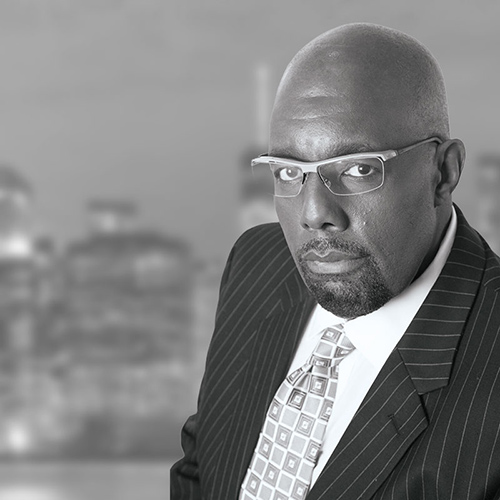 "He also challenges us all to take the hard path of courage instead of the easy path of avoidance."

with US Rep. John Lewis 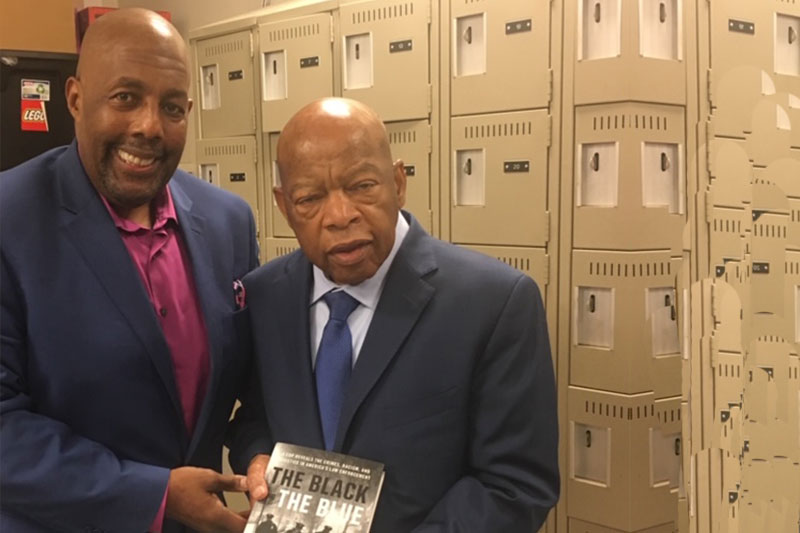 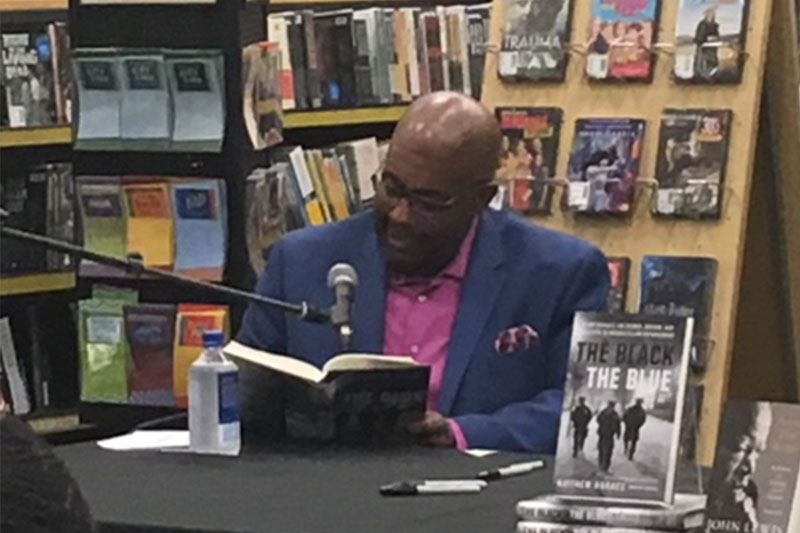 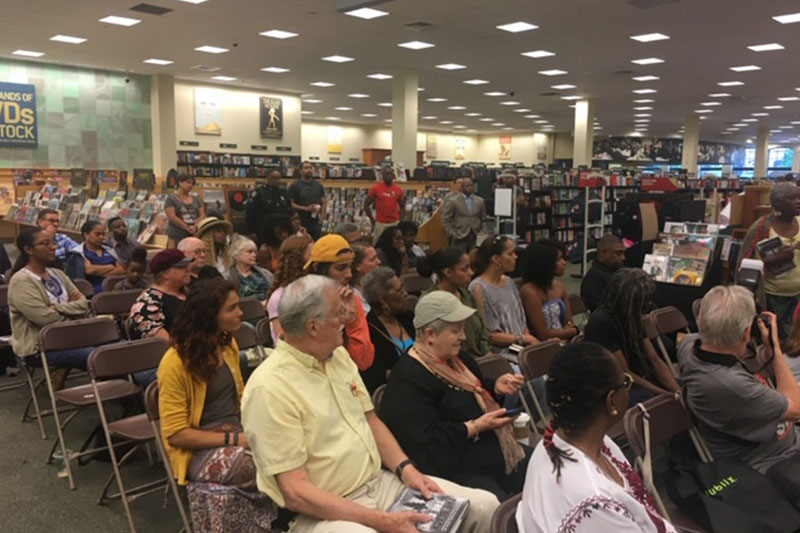 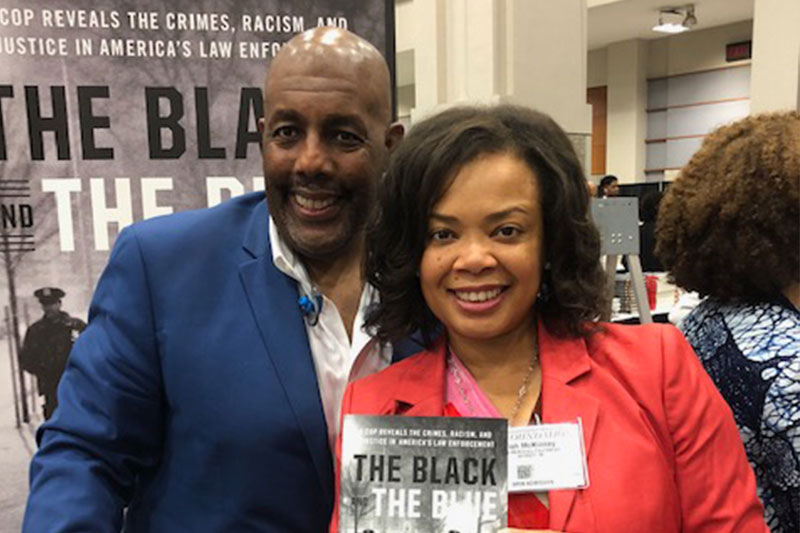 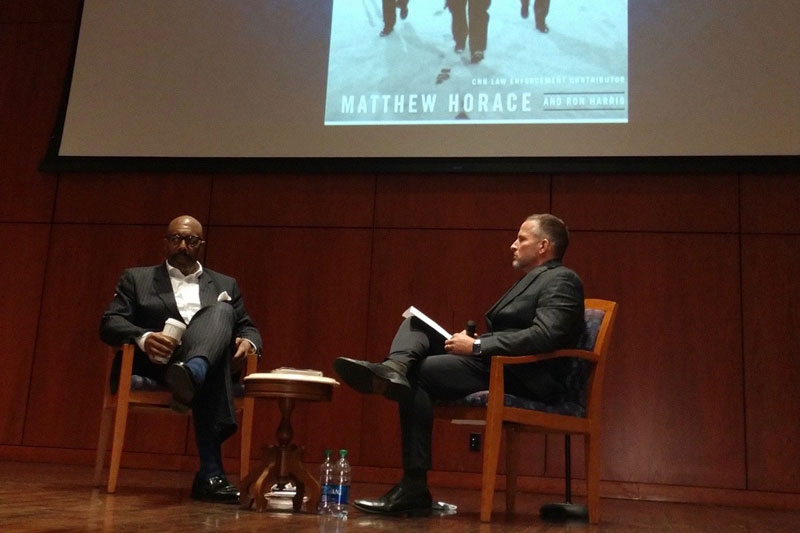 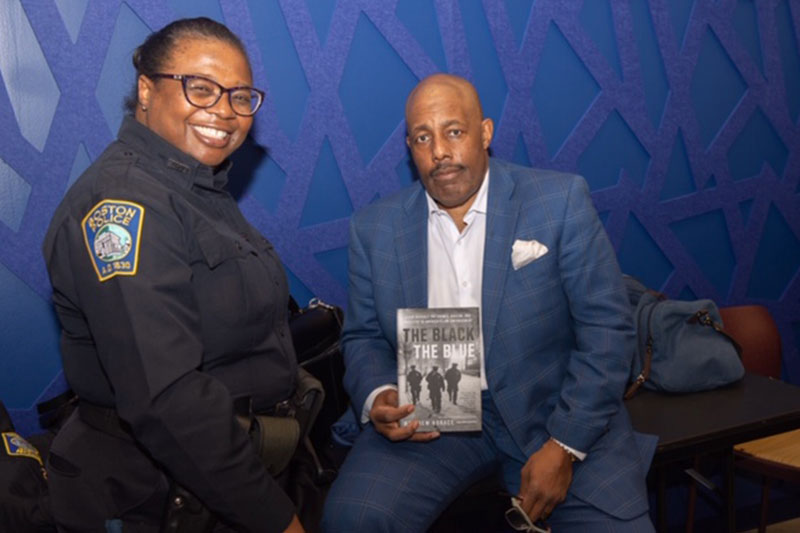 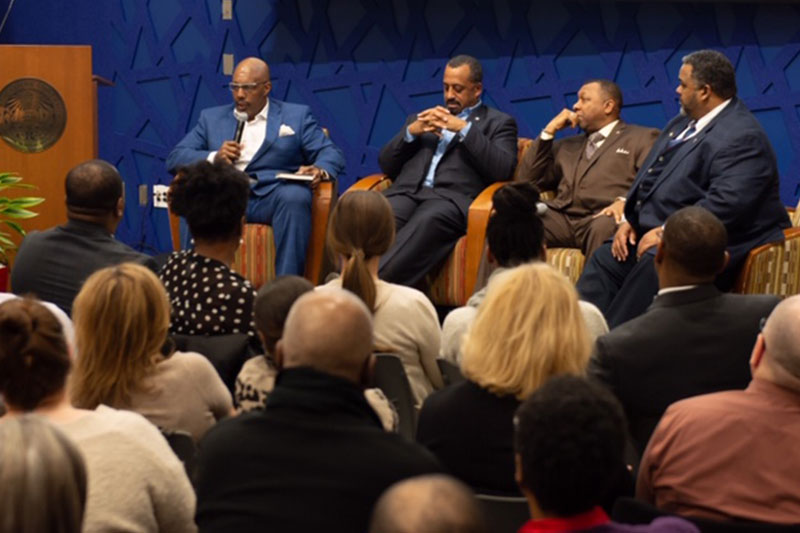 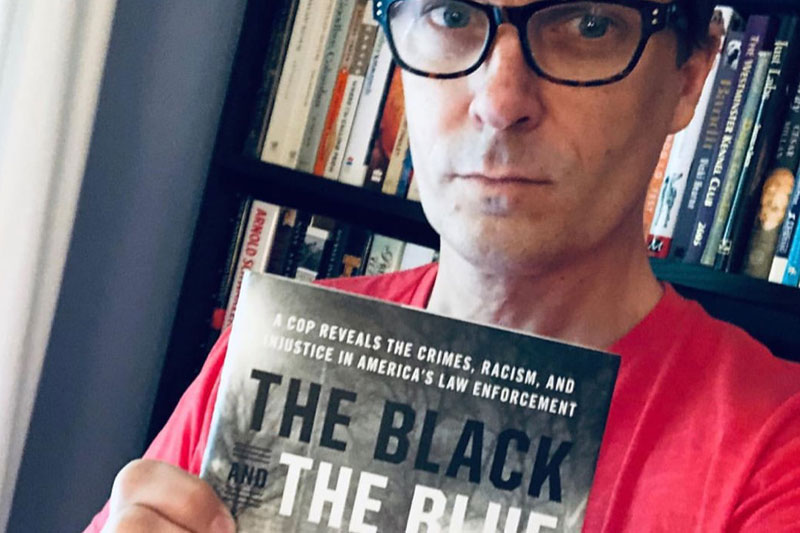 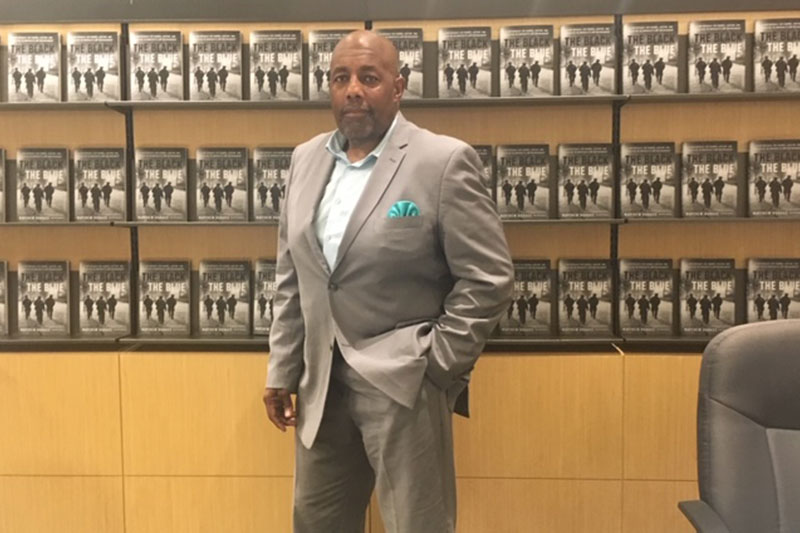 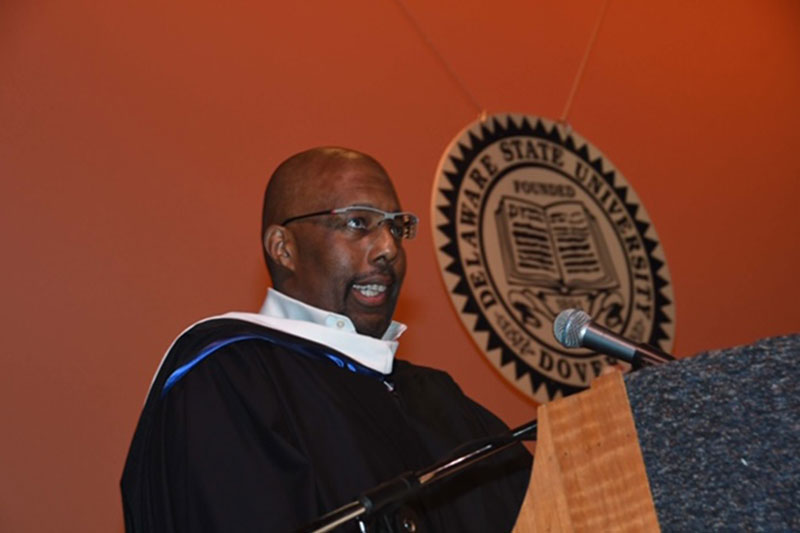 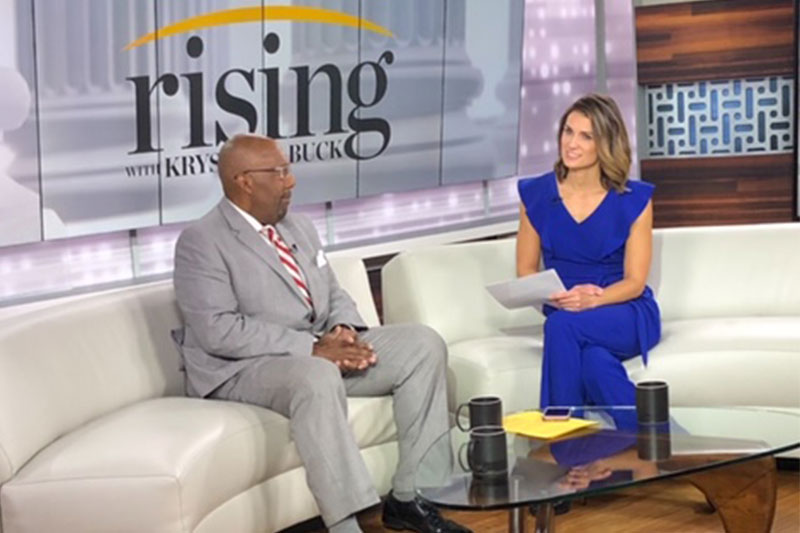 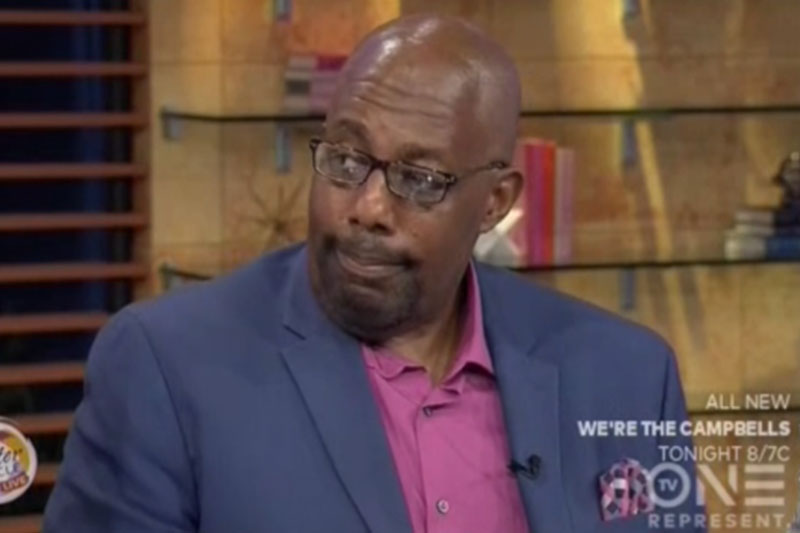 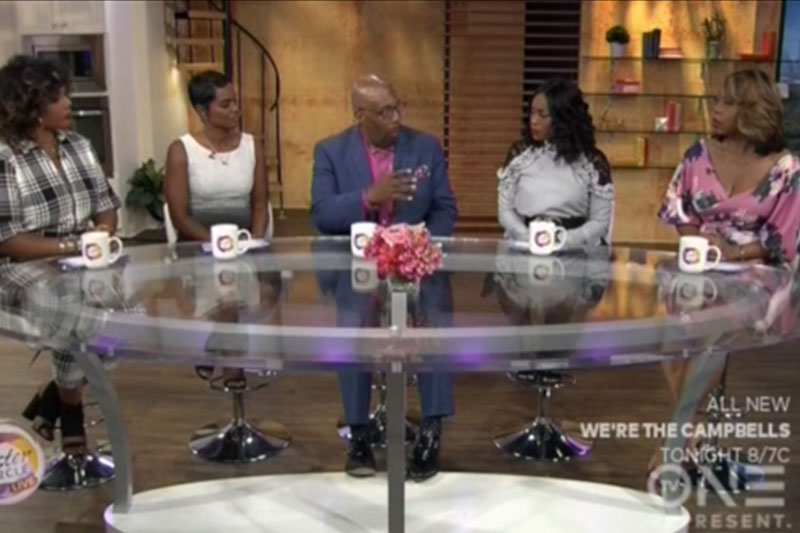 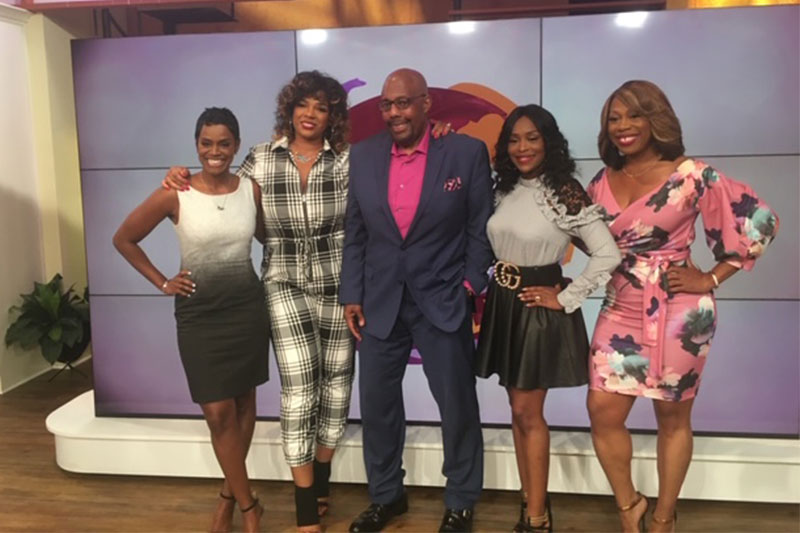 I think this needs to be read by everybody in the US. On that note, I hate that the people who need to read it the most, are among the people who are unwilling to even consider reading this book because they have decided they know everything there is to know on the subject.

Outstanding! A very honest and painful truth about the human race and our lack of understanding for one another no matter our race. This is a story everyone needs to read, embrace and discuss. We are at a very crucial time regarding our relationship with the police and their relationship with us. Time to have an open dialogue. This book can be the start!

The best book written to date on the subject of excessive use of force by police on minority groups. Matt Horace, well respected in the law enforcement community at the local, state and federal level, tells it like it is from a personal perspective. A compelling and must read!

This is one of those books you cannot put down until you read it to the end. It was very interesting.It is very scary to know how corruption does exist in the police force. The book also explains the reasoning behind a lot of black related killings that have been in the media. Some as simple as wrong identity and others because the victims were used as a gang initian stunt to get into a gang. I am surprised that there are so few reviews on this book, probably because it has not been publized. The only reason I know about it is because I was listening to a black talk show on the radio on Sirus. It is a very good book and well written!

Please submit your contact information, questions and/or comments in the form below.